Some insights from IAG 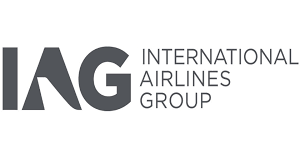 IAG, or the International Airlines Group, is the the parent of Aer Lingus, British Airways and Iberia. In my university, we were lucky enough to have their CEO, Willie Walsh, speak to us before Christmas.

Some things he mentioned are relevant to this blog, and of course interesting. One thing Mr Walsh noted was how only in recent years has the airline sector actually made a return on capital. This must be attributable in some way to a focus on cost by the sector in recent years. The chart below from IATA shows what I mean. As you can see, the cost of capital was higher than the return until 2014. 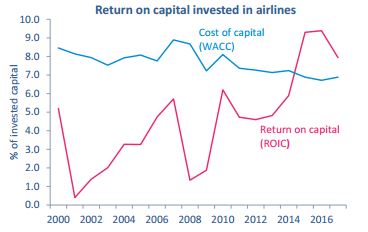 As my last post indicated, a focus on cost and efficiency has been a feature of the airline sector in recent years. To give another example, Mr Walsh cited an example of using two larger aircraft on a route without a loss in passenger capacity. So fuel, crew and capital cost all decrease in such a scenario. In addition, it freed up a slot at  London’s Heathrow airport, which can then be used to generate more revenues.