The effect of volume on viability – a CVP and investment example 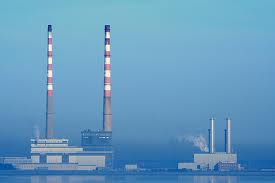 In January 2011, a long-planned €350 million plan to build a 600,000 tonne incinerator near Dublin port finally seen work commence on the build. As you might imagine there have been many protests against the project, which would be privately operated. At the same time, the four Dublin local authorities were also planning a land-fill site north of the city.  However, in January 2012, the Irish Times reported that the land-fill site plan has been scrapped. It seems that the volume of waste now being generated in Dublin does not merit a new land-fill site.  And, indeed the need for the incinerator too is being questioned. It seems that due to a combination of increased recycling and lower economic activity that the volume of waste has decreased dramatically. As a management accountant, I think of this from two angles. First, from a capital investment view, someone had to decided the ultimate size of an incinerator. This would be based on a combination of commercial viability and waste volume I assume. Second, from a cost-volume-profit (CVP) view, I wonder has anyone considered the effects of volume on the “profit” (i.e. viability) of the incinerator. According the to the Irish Times article, the volume of the incinerator should be halved – which I think should mean a full re-examination of the costs and investment involved. Of course, the counter argument is it is better to have spare capacity for cover for future increases in waste generated (e.g. improved economic activity, increasing population)