Accounting for Alcohol – part 14 “The Monastery of Silos and its wine cellar in Ribera del Duero through its accounting books (14th, 18th and 19th centuries)” 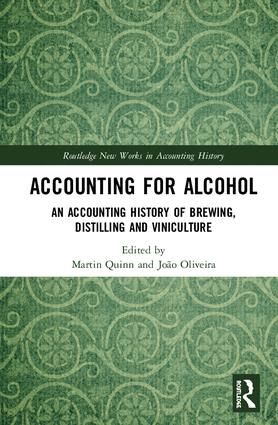 This is a brief summary of chapter 14 in our book, written by Lorenzo Maté, Begoña Prieto and Alicia Santidrián. This chapter details the activities at the Monastery of Silos relating to wine and its production, control and consumption through its accounting books. The monastery is a Benedictine monastery of Silos and was founded in the 11th century.  The Rule of St Benedict has general rules on the moderate consumption of wine, and the account books at the monastery give some detail on what was consumed and what it cost.

The chapter reveals records from 1338. These accounts have information on the harvests of wheat and wine production. In the account, the incoming (recebta) and outgoing (despensa) of goods in kind (bread, wine) were noted first; and then income and expenditure in monies. A total of 1,550 16 lire pitchers were received during the year and over twice that was consumed (the being locally produced). The total cost is noted at 4,140 maravedis. Sample accounts from later years are also given and these tend to show more detail. The authors also provide a detailed chart of all the books of account of the monastery and outline how these books were used for various forms of accountability. For example, the Father General of the Valladolid congregation received accounts every six months, which were audited by monks having “intelligence in accounts”. The Father General also made two visits to the monastery during their four-year term of office. Such visits were a control mechanism, and the chapter provides some details on comments made during a visit in  1826.