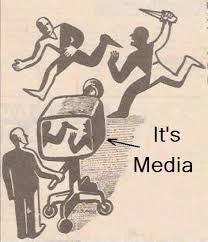 2 responses to “Why media reports on profits annoy me a little….”