Proposals to improve the financial reporting of leases 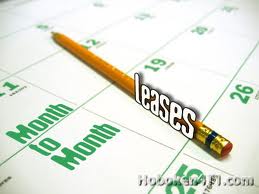 (see here) to change the way leases are reporting in financial statements, i.e. the income statement and balance sheet. A lease is a contract for the use of an asset, and in accounting terms a lease can be either an operating lease or a finance lease. Without going into detail, a finance lease is capitalised in the balance sheet, meaning the asset subject to the lease is included as a business asset, with a corresponding liability for the amount owed to the lease company or bank. An operating lease on the other hand does not appear on the balance sheet, with any lease payments going through the income statement as an expense. The new proposals are suggesting that all leases must be accounted for as assets of a business, with a liability shown for the amounts owed on the lease.  The argument from the standard setters is that a balance would show the true future liabilities of the business. How would this affect a business? Well, it might not affect the business at all if it had no operating leases, but some firms use operating leases quite a lot. If these leases suddenly were capitalised to the balance sheet, an immediate increase in long-term debt occurs. This might put businesses beyond the capacity to raise more debt. Airlines typically lease aircraft, which are normally treated as an operating lease. For example, Aer Lingus (an Irish airline) has about a €50m operating lease charge on their balance sheet annually. Let’s assume this is a 10 year lease, so if this were to be capitalised to the balance sheet, an increase in debt of €500m happens overnight. On a smaller scale, many retailers in capital cities might have expensive 21 year leases on prime retailer sites. Putting these leases on the balance sheet might cripple the borrowing capacity of smaller companies. It looks like a debate on this proposal will be quite heated.