The cost of letting staff go……

As an accountant, when we think of the costs of letting staff go, we probably think redundancy costs and so on. These can be quite substantial. But maybe these short run costs are better than longer term damage costs. I know the example I give here may be less likely to work in Europe for employment law reasons, but I’m just trying to think about costs, not the HR side.

I read recently that Amazon (and others) are offerings employees a cash sum of up to $5000 if they wish to leave. Maybe this is a bit strange, but there may be an argument which suggests such a payment actually saves money longer term – employees who are not engaged with their company are probably less productive. I don’t know if companies like Amazon have done a cost analysis on this, but it seems to make sense.

To give another example, a few tears ago an employer told me that a substantial redundancy payment made to an employee probably was a good deal. The employee in question was creating a poor image with customers, which was starting to effect turnover. Again, maybe no cost analysis was done, but the short term cost of redundancy was compared with unknown longer term effects. 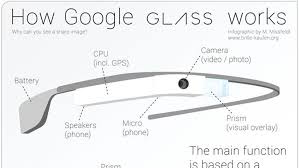 Here is a great post which highlights the costs of Google Glass. As I expected, the hardware costs are relatively small. These are, according to Google, small relative to research, engineering and other development costs.